Notes for the New Year from Plague Island 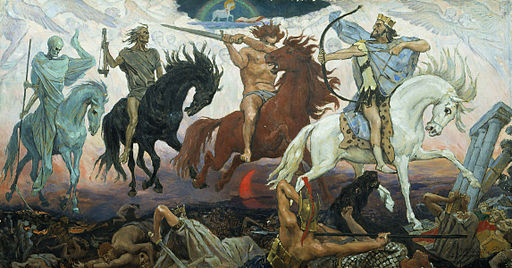 Today, in the UK we live on a plague island (with some of the highest rates of Covid infections and deaths, globally), politically isolated from our neighbours and with an import-based economy.

Via Our World in Data.

Via Our World in Data

Brexit happened, in the hardest possible way. This graphic shows just how isolated Britain is.

However, the European Union is not without its problems. It is a capitalist alliance, functioning largely as part of the capitalist core that exploits the poorer countries, and ruthlessly acts to maintain its position. At this point, rather than going on about Brexit being a mistake and arguing for re-entry, which is unlikely to happen soon, and would be pointlessly divisive, it is necessary to establish an adequate response, from today’s reality.

The problems of this country are compounded by having a far right, kleptomaniac, lying clique in government and an official opposition led by centrist opportunists bereft of ideas adequate to the ecological, social and economic challenges facing us all.

Those challenges are, above all, those of a colonialist/neocolonial power in a world that has overshot its ecological and planetary systems’ capacities to support the scale of material and energy usage that capitalism has led to, and requires, while seriously contaminating the biosphere with carbon dioxide and other greenhouse gases, heavy metals, antibiotics, nerve poisons, radioactive residues, plastics and other novel substances.

Yet the economic framework that approximates to providing for our needs is extremely vulnerable to the necessary reductions in flows of matter and energy to restore ecological balance, and also the reductions needed in the extraction of value required to cease exploitation and expropriation, and hence arrive at social and economic justice.

“The lifestyles of people in the richest nations are heavily dependent on resources extracted from poorer countries.”

Addressing that conundrum is out of scope and out of the reach of the UK’s political system.

To pretend otherwise is delusional. For a while it looked like a renewed Labour Party might just (if it could drop the religion of economic growth and stick to a radical action-critique of capitalism’s commodification of everything) offer a way out. But even that slim chance was murdered, almost at birth, by the centrist opportunists in whose broad church the Labour Party has always kept some pews. It wasn’t just from within, but also from outside, with a relentless campaign against the then left leadership by nearly all the mass media, including the BBC. Only the small circulation socialist daily, the Morning Star was consistent in its broad support.

So we end up in a situation of crisis and emergency with no obvious political way of fixing it. Electoralism has proved to be largely a waste of time and effort, while extra-electoral social movements haven’t achieved the breadth of concern nor the persistence and politically intelligent creativity needed to force the change.

At this moment there are no satisfying overall answers, although there are some positive developments. The Welsh Labour government, now with Plaid Cymru support, does show signs of taking environmental and social justice issues more seriously than the UK party leadership. The new Leader of the Unite union appears to grasp the need to build an alternative via workplace and community campaigning and she links this to the wider agendas of climate and livelihoods. A variety of academics, practitioners and campaigners do understand the multiple dimensions of the pancrisis and the measures needed to confront it. However, all this is a long way from the kind of transformative capacity and mobilisation that is needed. Meanwhile it is vital to keep explaining what’s going on, and to support those who are trying to join the dots, the elements of resistance and transformation that we, and our sisters and brothers across the globe all need.