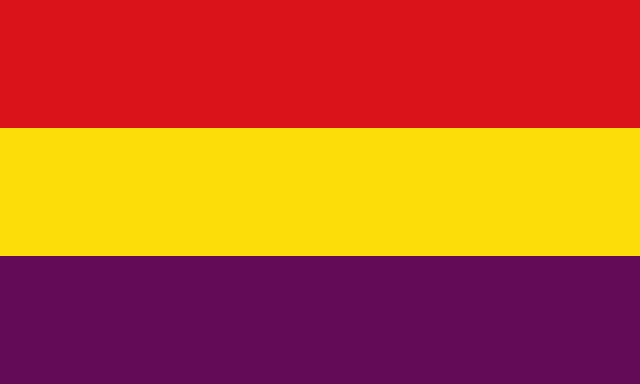 Flag of the Second Spanish Republic: a plague on both your houses!

Having friends in Barcelona and liking the city and region, as well as Spain in general, the situation in Catalonia causes me a lot of concern.  A lot of the commentary here oversimplifies the situation with some on the left, who should know better, characterising it as a simple matter of self determination and struggle for freedom.  If only it were that simple.  Here are some brief observations.
1) Independence is probably not supported by a majority of people living in Catalonia although it is difficult to tell.  The recent referendum took place under conditions of duress from the Spanish authorities with astonishing levels of violence from the Guardia Civil in particular.  But it also seems likely that a lot of people who oppose independence did not vote, not wanting to give legitimacy to the process.  A rigorous opinion survey in March showed that a majority (63%) think that Catalonia has insufficient autonomy but only 37% supported full independence.  However the independence sentiment was rising.
2) Given the clear desire of a majority for more autonomy, there should be a referendum to test this and the action of the governing right wing Partido Popular (PP), supported by the PSOE  (Spanish Socialist Workers’ Part – sic) at their coat-tails, in blocking it can only increase the support for independence, as do the fascist era style violent actions of the two national police forces under PP direction.
3) A motley collection of parties support independence – the right have consistently used it as a distraction from austerity policies while the maximalist left mostly seem to think it will mean Keynesianism (or even socialism) in one “country”. Much of the motivation  for independence has the ugly tone of economic privilege, rather like the Right Wing Northern League in Italy. But like our own London and the South East, Catalonia should subsidise the poorer regions. It’s basic socialist redistribution.
4) It seems that only Podemos and its allies (e.g. Barcelona en Comú) have any kind of a sensible position on this in their call for a national constitutional referendum orientated to a federal model, with as well as for dialogue with mediation. They largely oppose independence but respect the right of self determination (unlike the independistas who want to take the populace out of Spain whether they like it or not).
5) Both the nationalist sides (Catalan and Spanish) are playing with fire. Catalonia is a multi-cultural polity like former Yugoslavia. We know what happened there (and comparisons with the relatively peaceful Slovenian secession are disingenuous).  Spain, like former Yugoslavia is a plurinational state with considerable mixing of populations, including the many from the poorer regions who have settled in and raised families in the wealthier parts.  Nationalism, as opposed to regional government (based on the principle of subsidiarity), should be opposed by leftists and republicans.

My own hope is for a mutual backing off from confrontation and an agreement to call elections to both reset the mandate for the Catalan parliament and test the strength of support for greater autonomy.   Meanwhile I hope that the minority and PSOE-supported PP government in Madrid falls soon.

Finally, on the margins of the debate, there has been a more promising development: Sergie Saladié, a deputy from the CUP (actually one of the left parties criticised above for their maximalist separatist stance) introduced a debate on degrowth.  This is probably a first for a political party and it is heartening to see the rejection of Juan Carlos Monedero’s widely quoted suggestion that degrowth means electoral death, a myth recycled, along with other misrepresentations, by the UK Labour Party’s Chi Onwurah in a polemic in the SERA magazine New Ground. We translated an interview with Saladié and an analysis of the debate on the Steady State Manchester website.